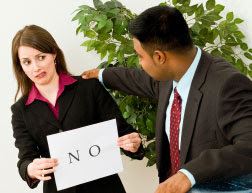 Rejected love plays a big part in Hamlet. From the beginning to until Ophelia dies, Hamlet rejects Ophelia due to the external factors he is facing, and Ophelia rejects Hamlet due to her father commanding Ophelia to not interact with Hamlet. Although this poem may look very unrealistic, upon further analysis, some thoughts could come up that an average individual could relate to.

In Hamlet, there are parts where “rejected love” is shown due to different factors. Towards the beginning of the book, Laertes is giving advice to Ophelia about his love life with Hamlet. He says, “Fear it, Ophelia, fear it, my dear sister, /And keep within the rear of your affection, /Out of the shot and danger of desire. /the chariest maid is prodigal enough, /If she unmask her beauty to the moon :”( 47). Laertes is basically telling Ophelia to distance herself from Hamlet because he has sexual desires for her. Laertes could be saying this because; at this time, Hamlet wasn’t the best he could be. He has the whole situation going on with his mother and King Claudius. Laertes could also have a thought that Hamlet is like his mother and new father, which would give Laertes a thought that Hamlet is going for Ophelia just for sexual desires. The second part is where Hamlet rejects Ophelia. He says, “You should not have believed me: for virtue cannot /so inoculate out old stock but we shall relish of it: I /Loved you not… Get thee to a nunnery.(141)” At this part Hamlet is basically insulting Ophelia. He is saying things like has a lot of sins upon her, and that she should get sent to a “nunnery”. He says that because a nunnery is a place where women cannot marry or be under the influence of a man in any way. He feels that women will be the most faithful there.(https://www.enotes.com/homework-help/why-does-hamlet-send-ophelia-nunnery-68701) Upon further analysis, Hamlet could also be taking all the anger he has from his mother onto her due to Gertrude marrying Hamlets uncle.

Many of these things have a connection to an average individual’s life as well. In many cases I have heard a family rejecting a request to marry due to not being the same race, family backgrounds and many other reasons.  The next question to ask is, “Why would your family reject someone you love due to useless things like that. Is it because they don’t want you to, or is it because society doesn’t see it as the norm? Laertes told Ophelia to stay away from Hamlet and she said she was going to. But did she stay away? This also connects to an idea that if you love someone dearly and external factors result you in not being able to interact with them, a way to interact with them one way or another can always happen. In relation to the second excerpt, it may not seem like it, but good women are hard to find. A significant number of them just want to get into a relationship just to pass time or just to go out and get free food. Don’t get me wrong, there are good women out there, but they are just hard to find. The same idea goes for men as well.

3 thoughts on “First they Lovin’, but Now They Playin’”