You wanted us to practice radical presence this year. Complete, 100% involvement in the time we are in, with the people we are with, doing the things we are doing.

Maybe I applied your teachings too well – because I was almost too in the moment. Whenever I walked into our space I never considered that, at some point, I’d be doing so for the last time.

Even then, I must thank you – because I don’t know how I could have gotten anything done if I had that baggage on my shoulders all along..

Yesterday was the last time I’ll walk in that room as a high school student. Behind me are the everyday visits, the impromptu performance pop-ins, and the checkups on constant antics –

But firsts are just as important as lasts.

I remember the first time I walked into that drama room. I was smaller, the room was bigger than any classroom I’d been in, and it felt like the people within it were also larger than life. Having it be my first class without any of the friends I’d spent middle and elementary school growing close with, I couldn’t even figure out where to belong. Everything was, relative to me, so large. Fortunately, it didn’t take long to learn that we all felt small in that room. In that year we bonded and became a family – we began our journey to grow together.

The year after that, I found confidence, in improv of all things. At first I hated it, I felt like whatever I said was never funny or witty enough. I was always trying to seem the most clever. But then I received feedback that changed my entire paradigm.

Improv wasn’t about making yourself seem clever, it was about making your partner look good. You had to trust that they had every intention of doing the same. A phrase we used to pass this idea on was “accept all offers”. It permeated into much more than just my acting. It taught me how to greet fortune and misfortune the same.

The next year, in grade eleven was when things got hard. The sciences split up, and I took all three. We were all gearing towards university, and our curriculum was an active work in progress. It was Ms. Hunnisett’s first year teaching drama in quite some time, and we were the guinea pigs. It would’ve been easy to complain about all the things we had to balance, but she taught us that we were responsible for the energy we brought to our space. If we were having trouble with something that didn’t pertain to the room we were entering, or the people within it, then we should just leave our problems at the door.

This year, I went into the things  thinking that I wouldn’t even do drama. My schedule was far too full, and I had many things on my plate already. But it felt unnatural not entering the drama room at least once a day for part of the year, so I did what I could to turn my schedule around. There were plenty of hard times, with the workload I’d taken on and various other circumstances out of my control that were thrown my way. The best way to summarize this year would be as good outcomes of worst-case scenarios. It was due to what I had learned in the past that I was even able to stay afloat. Once drama 30 came to an end, I thought I was done for good, but I caved again and did One Act. In hindsight, doing One Act with four core classes was far from a wise decision, but sometimes

We talk lots about living lives without regrets, and I can truly say, that because of the drama program, I’ve gone through highschool without any. Furthermore, I’m leaving as a version of myself that I am proud of – and I am almost certain I would not be without what we’d learned as actors and as people.

While speaking with Sajan, one of the people that built our new stage at the top of this school year, he told me that should an earthquake shake up the school and everything collapse – the only thing that would remain would be our stage. 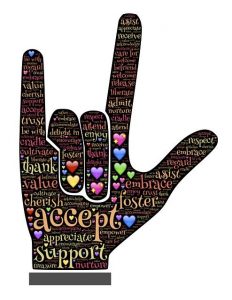 One thought on “Infinite Love and Gratitude”