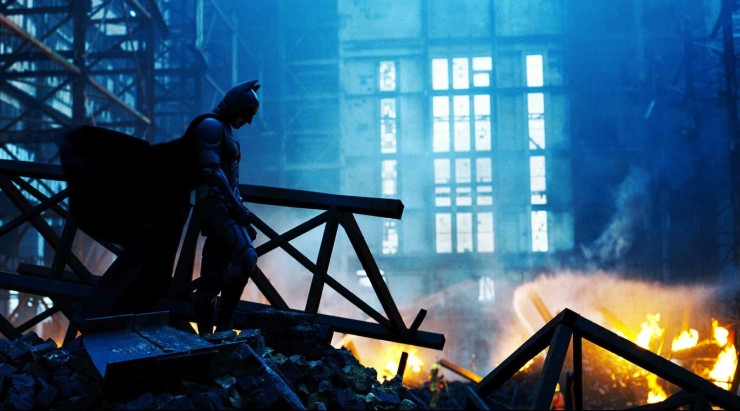 The following is a rant and opinionated piece on Oskar Schindler I wrote after watching Schindler’s List.

I watched this entire film watching a way the man carried himself. His bravado and confidence was superb, he charmed his way into and out of situations as he sought. He was greedy capitalist, he controlled his share of the market and cut costs wherever he could to ensure maximum profit. In the business world this an idea that is a given for making big bucks. This also comes with the downfalls, where exactly are you cutting costs? Oskar was employing Jewish prisoners for simple goods and not even paying them anything close to what an ordinary worker would receive. Oskar was a womanizer, he openly had many different mistresses’ as well as openly flaunting with women, knowing full well he was a married man. There was no sense of commitment in that relationship and he abused his charm. He was exploiting his workers and under current times, in fact under non war times, Mr Schindler was not giving his workers a fair place to live or fair work. And Oskar was a member of the Nazi Party, a bystander and an on looker, knowing of the atrocity his party was committing.

Oskar Schindler, a charismatic leader, a well orientated speaker, a conniving individual, and a man who used his power as a member of an evil, for GOOD.

See throughout the film and throughout the countless retelling of his story, an idea becomes clear; the clear idea, is that Oskar Schindler committed small moral crimes in order to stop large scale atrocities. His exploitation and capitalist motivations, although were very profitable, meant that his Jewish workers could LIVE. His membership in the Nazi party ensured that he would have the connections required to maintain his plot and not raise suspicion, and the way he carried himself, this allowed him to persuade others for his goals.

This reminded me of the fictional character of Bruce Wayne and Batman, the Dark Knight. See Bruce Wayne is a billionaire playboy who flaunts his money on the daily. He is also a benefactor for underprivileged schools and kids. Bruce Wayne takes on the alter ego of a superhero, Batman. Batman fights vigilante style and takes the law into his own hands. Batman beats men and has even kidnapped them? Why is this okay?

I have been raised with a father and a family who put an emphasis on the ethical boundaries and morals instilled by my ancestors. Ancestors who gave up their fortune for temples to help their village and essentially had nothing left.

I have also been raised knowing what real change and help is.

In my 12th grade Social Studies class my teacher posed an interesting statement to me. In more words- “Sure Gandhi was a great leader and catalyst, but he did not free the people on India, the grassroots movements of India, the everyday people, the ones who actually made change. Those are the ones who made the country free”. This one statement questioned and yet validated the way I had thought.

An example of a grassroots movement was Shaheed Bhagat Singh, a modern day martyr whose assassination of a British officer, and eventual death by hanging, led to hundreds of thousands of people fighting back.

Tweeting and making blog posts about issues, making hashtags, and joining the Bernie Sanders newsletter, although very admirable and in theory support of the betterment of society, does not actually create change.

The going out, the affirmative action, that causes betterment of society.

There are many moral issues with my opinion, murder is murder, extortion is extortion, greed is greed, and deceit is dishonorable. The idea I stand by is, sometimes breaking the status quo of morality in order to save humanity…questionable, but required and Right.

Oskar Schindler was many things, and his actions definitely were not right in the eyes of a cut throat society of law and order.

Oskar Schindler could be called many things but he used his power, charm, and business to save the lives of 1200 humans.

A gold ring made by the Jewish prisoners was given to him, it had a proverb of Hebrew decent written inside, “Whoever saves one life saves the world entire”.

Oskar Schindler could be called many things, at the end of the day he was a Dark a Knight and saved the lives of 1200 humans.

I have an interesting way of looking of things and felt I would share my late night ideology. I am always looking for other opinions or rebuttals. Is Oskar Schindler a Dark Knight hero, or a glorified money hunger Nazi?

One thought on “Oskar Schindler, A Real Life Dark Knight for the Greater Good? {A Moral Dilemma}”