Justice sometimes becomes fused with revenge when difficult circumstances have entered an innocent individual’s life as they lose sight of who they are. In William Shakespeare’s “Hamlet”, revenge is mistaken by justice as all of the main characters go on a spree to kill and seek justice as they eliminate the ones who get in the way of the goals they wish to achieve. Hamlet, the protagonist of William Shakespeare’s play “Hamlet”, portrays the horrifying mistake between revenge and justice by acting like a lost young boy.

Hamlet was a young man who sought to avenge his father in order for his reign in the purgatory could be terminated. Ironically, the gateway for the revenge to properly function was for the current king, Hamlet’s uncle to die in the hands of Hamlet. Hamlet might have seen his actions as necessary and just but in reality, a just action is not to be done in order for one to suffer. Had Claudius not killed Old Hamlet, there would be no need for this constant thread of revenge to take place. Hamlet believes that through revenge, he will be able to find salvation for his father because he is determined to accomplish what his father wanted from him. In Hamlet’s mind, his actions were just because he thought he was doing his dead father a favour and keeping that honour even though his father is no longer here was going to place a positive impact in his own life. However, it is important to know the difference between taking revenge and getting justice. He only thought of justice but his actions state otherwise. No one should ever have to stain their hands in the name of justice unless an act has been made directly to him. If he was to give justice to his father, he could have done it in several other ways. One way could be to prove that Claudius was the cause of Old Hamlet’s death and the people in the castle could have overthrown him. Another solution could have been that the mother just separates herself from Claudius but she was so desperate to gain a male figure that she ignored any of the consequences. Hamlet’s version of justice was very dangerous and solely driven by anger which actually transforms his actual ideology to that of revenge.

In my own life, I’ve never sought for revenge because I’ve seen the outcome and the damage it has caused to other people. Revenge to me is an endless chain of evil and it is the easiest ways for curses to last for long periods of time. I never want to have to deal with so much chaos in my life nor would I ever wish it upon my own enemy. The first time I have actually seen revenge was in an Anime I was watching. For those of you who don’t know, Anime is Japanese cartoons. In this particular Anime, Dragon Ball Z by Akira Toriyama, one of the main villains who then becomes of the  main protagonists, Vegeta, always seeks revenge for his people the Saiyans, but every time he tried, he always was beaten even if it was for good. The main character, Son Goku, fought for justice and never really thought of killing his enemies unless they were an ultimate threat to the world. With Goku’s justice, he always managed to save lives even if it cost him his own life. To me, that is justice because he would rather lose his own life to save others in order for life to go on. The difference with the two of them is the fact that Vegeta did not really care about how many lives he took, he only wanted revenge for his people. Another real life example has happened with one of my family members. When one of their friends was in trouble and they were beaten up, that specific sibling decided to go and fight for their friends but my sibling was injured and threatened at the end of it all. This made me think of another point of revenge, if it is not your fight, don’t arm yourself. If something so big has happened to someone you love, justice will be theirs you just have to wait.

In Shakespeare’s “Hamlet”, Hamlet proves that an individual who seeks revenge will miss their opportunity for justice to reign and that will result in their downfall.  When we are faced with challenges that are beyond our control, it becomes easy for us to lose sense of our best self so we then depend on our anger to justify a lot of our actions. 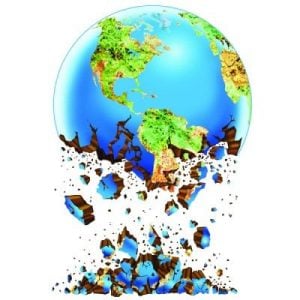