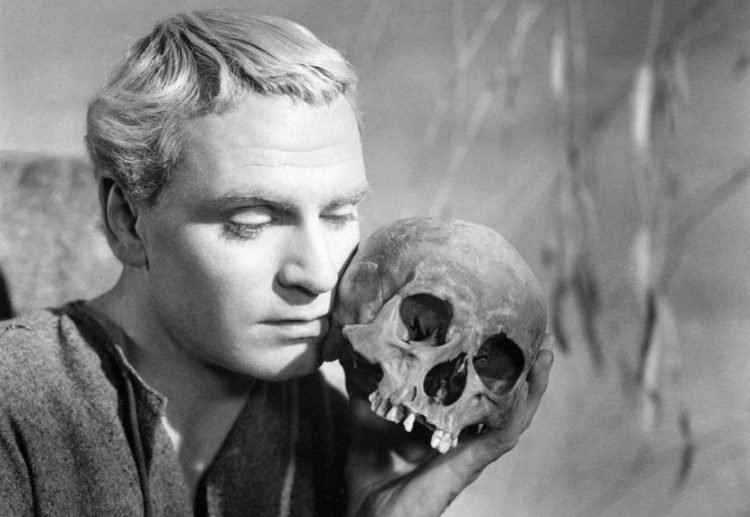 Honour and certainty are mediums that some individuals will lead their whole lives to seek. We as humanity tend to want to uphold our own honour regardless of the potential dangers it could cause to us. When faced with the death of a family member, an individual who has become devastated will succumb to his emotions and take drastic matters to restore the honour of the deceased, not realizing it could lead to his own insanity and eventual demise. This is something that William Shakespeare illustrates in his play Hamlet through the main character of Hamlet. Hamlet is very emotional and aggravated due to the nature of how things have unfolded. After uncovering the truth behind his own uncle killing his father, (the king of Denmark), Hamlet goes about a drastic course of action to insure that his father’s honour is restored in the kingdom. Although the young prince seeks only honour and certainty for this atrocity, his path of sought out righteousness leads to him joining his father, dead.

Following the death of his father, Hamlet is very devastated and emotional with not only the death, but with the new found matrimony between his mother Gertrude and his uncle. His dismay and anger is shown in the first act during the second scene. During this time Hamlet performs a soliloquy where he showcases, (to himself), his anger towards his mother. Hamlet wonder how dare Gertrude marry her deceased husband’s brother. He is also upset at how there seems to be no time for mourning following the death of the old king. He wants to seek answers and find out the truth. Hamlet is wondering why this is happening and why there is an incestuous nature to what is going on. This shows Hamlets true emotions for the first time in the play and shows how the young boy is horrified with what has happened in his family. The emotion and anger expressed in this scene sets the tone for the entire play in the sense that we see Hamlet will not be accepting of his mother marriage and Hamlet will stay upset with his father’s death. Anger and grievance are hard emotions to ignore, following the death of an individual people often tend to act out in ways that can be as simple or as radical as possible. The death of a close family member can leave and individual in a state of perpetual emotional damage and an overall melancholy tone. The aftermath and how others react also has an effect on us. The way our own families react when one of their own dies shows the magnitude of love that was originally possessed. When someone is faced with death we see them become very negative and cynical. Devastation is a horrible bi-product of the cyclical nature of death, we know that death is inevitable however when it happens, we are still upset and hope to find a way to fix things.

Following the death of his father and the newfound marriage of his mother, Hamlet wanders about questioning everything and is in complete dismay when he finds out his uncle killed his father. Hamlet is now on a path of exacting justice for this atrocity and he starts to act in an insane manner and take wild approaches. This is shown in the third act during the 4th scene where Hamlet enters his mother’s chambers and ends up killing a man who happens to be the father of Hamlets lover Ophelia. Hamlet enters initially to talk to his mother and when he sees a body hiding behind the curtain he stabs his sword through thinking it is his uncle. Hamlet ends up killing Ophelia’s father Polonius and thus his insanity heightens. This leads to another family becoming upset with the death of a father and this leads to Hamlet becoming full-fledged in his attempt to get revenge. This speaks to the measures an individual will go to in an attempt to restore honour amongst their family. We often try and want revenge or want answers when a family member is dead. Individuals will often try and find the truth behind what has happened to their families and although their heart may be in the right place, their actions can result in consequences that were not intended. A nature of life is the uncharted consequences that follow death. Families tend to do things not planned as in most cases death is not planned. The fear factor behind this is how our insanity after death in the pursuit of honour and certainty can lead to our own demise.

After finding out his father was killed by his uncle, Hamlet was enraged and wanted to exact revenge; Hamlet’s killing of his lover Ophelia’s father in the process of being devastated and enraged led to him being put into a dangerous situation which took his life. Just as Hamlet was raged with his own father’s death, Ophelia’s brother Laertes was also raged when he found out Hamlet killed. Hamlets chase for restoring honour and gaining certainty led him to his own demise. William Shakespeare showed this in act five during the 2nd scene where Hamlet gets killed by Laertes. Laertes was enraged with the death of his father and so he killed Hamlet. It shows some irony that through tracking the murder of his own father, Hamlet ended up killing another man’s father. The use of irony really makes the point clear that through Hamlet and his chase for truth and restoration of honour, Hamlet let his insanity lead to his demise. This goes hand in hand with human nature where individuals who are faced with finding answers can let their insanity consume them. When searching for unanswered questions, an individual who is starting to become mad will do drastic things in an attempt to find these truths. When trying to restore honour fits into that mess, the potential demise is a possibility. Although all we want to do is seek truth and plot out for justice, letting it consume us can lead to our eventual demise.

Throughout the story of Hamlet, Shakespeare shows how: when faced with the death of a family member, an individual who has become devastated will succumb to his emotions and take drastic matters to restore the honour of the deceased, not realizing it could lead to his own insanity and eventual demise. He shows how Hamlet was upset with his father’s death and his mother’s marriage made him even more enraged. In an attempt to seek the truth and restore his father’s honour, Hamlet ended up going insane and doing drastic things such as killing an innocent man. His path to restore honour led to his eventual demise. Even though this is just a play it shows something that happens to people every day. Death affects everyone, and when we have unsolved answers and need to restore honour, we tend to seek out these things. Although this is all in the quest of being righteous, letting our insanity get the better of us can lead to our demise.